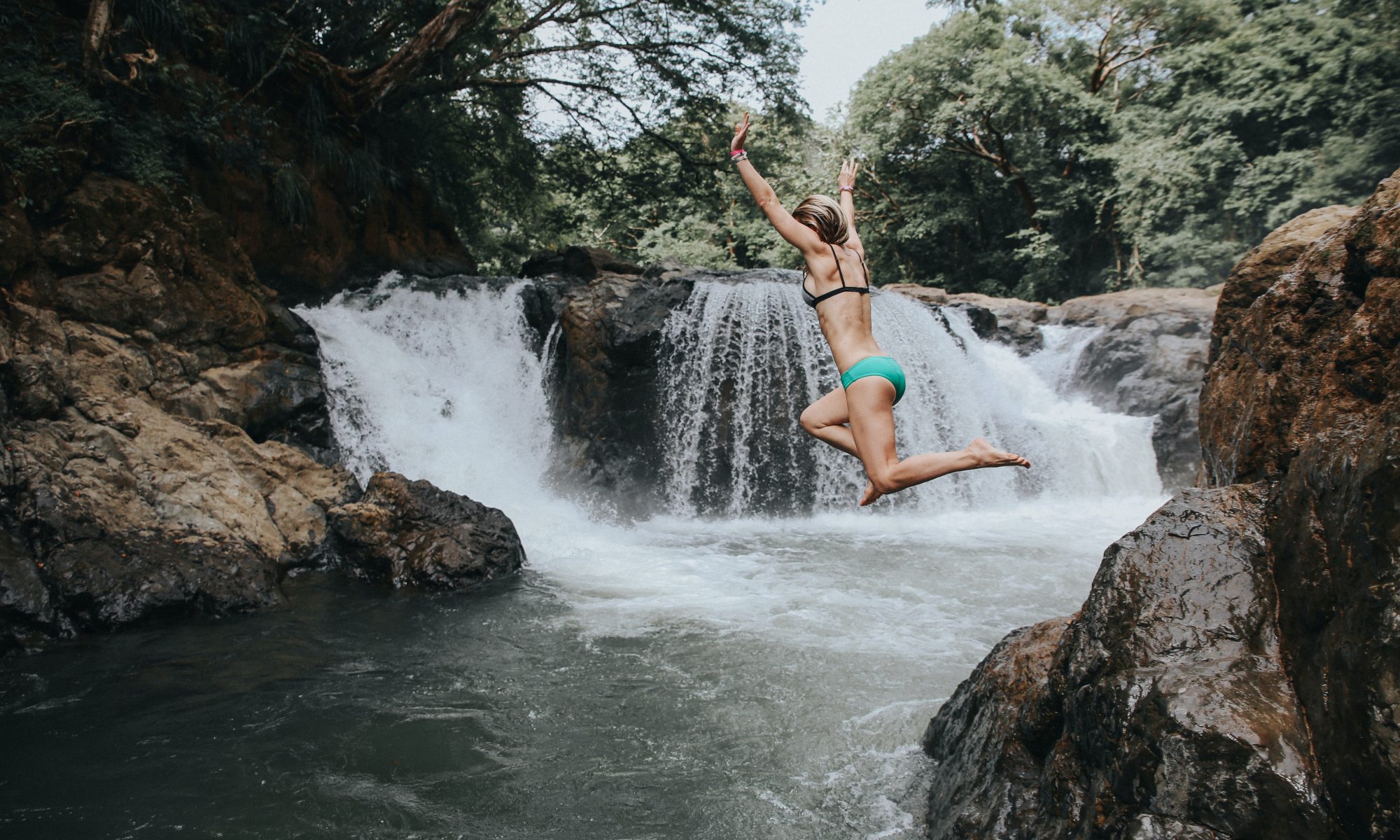 If you’re one of the millions of Western backpackers hoping to change the world on your travels when international restrictions lift, the bad news is that much of the voluntourism industry – and it is an industry – is a self-serving racket. The good news is: it doesn’t have to be. There are genuine ways to make a difference. They’re just a little harder to find.

Young idealists are easy fodder for mockery back home. Many people are quick to associate volunteering with the Gap Yah Orlando stereotype, reducing even the most well-intentioned efforts to a douchebag Messiah complex born out of entitlement, or just misplaced middle-class guilt.

But most people that volunteer aren’t douchebags – they’re misinformed. And by peddling the myth that you can change the world in a few weeks, voluntourism companies thrive at the expense of real, sustainable development.

“There’s this ‘every little helps’ thing that just does my head in,” says Sarah Pycroft, a British educational consultant based in Siem Reap, Cambodia. “That’s just so not true!”

In fact, says Sarah, a high turnover of untrained, unprepared staff negates progress the children have made in the past. Not only do children fail to learn anything useful, they end up confused, demotivated and doubting their potential.

“They all sat there with this panicked look on their faces,” she says, recalling her first exposure to a volunteer-led English classroom in Sri Lanka. “I know from having taught in the UK that that’s the absolute worst thing you can do, because the perception that the children get of themselves as learners is that: I’m no good.”

The blame, Sarah feels, lies with agencies that market programs to volunteers by saying that that they need no qualifications or experience to take part.

“In many ways I think that the volunteers are the biggest victims in all of this, because they have great intentions and they’re being exploited by the companies or organisations that are setting them up to do these projects where they’ve got no hope of making a real impact,” she says.

Even when participants do realise their mistake, it can be hard to admit. A polarised debate mired in snarkiness and schadenfreude makes it hard to talk about inherent problems without feeling like a traitor to the cause – harder still when volunteers have accepted money from parents or donors in order to make the trip.

“That’s not what they want to believe, and so they say, oh, the situation was so desperate, the school was so badly organised, we could only do what we could do… and at least the children’s smiles made it all worthwhile,” says Sarah. “In a sense, it is better than nothing. But I don’t think that condones the fact that the students are only learning 20% of what it would be possible to learn in the same number of hours if they had a teacher who has been trained.”

Every year, around 1.6 million people worldwide take a break from their work or studies to volunteer abroad, or volunteer while on vacation. The voluntourism sector is a $173 billion dollar industry. For the UK market alone, 50,000 organised placements are offered by 85,000 organisations every year.

Fees paid to these companies by (mostly) affluent under-25s can be astronomical, with many requesting thousands of pounds to house volunteers for a matter of weeks. Longstanding organisation Projects Abroad charges a minimum of $1,600 (excluding flights) to cover the costs of two weeks’ teaching in Cambodia – enough to pay a local teacher’s wages for over a year.

“There are over a thousand NGOs in Cambodia,” laments Sokhan Yung, director of the Phnom Penh charity school EAC. “So why are Cambodians still poor?”

Sokhan, who set up EAC with his own funds to provide free schooling and lunches to impoverished local children, recounts how a French partner organisation raised $500 to help the school, before spending it on providing a single, untrained volunteer for a fortnight. Sokhan was furious.

“You see that EAC has no money, and you spent $500 on sending a volunteer [to a] hotel for two weeks!” he says, over the din of 30 under-6s crammed into a small room with a leaking roof. “EAC staff are working without salary!”

Wastage of this kind quickly creates resentment between local staff and foreign volunteers, especially when the latter feel they have paid over the odds and the former fail to see the benefits. As Sokhan points out, most projects arranged overseas “support the businessman, not the poor people,” by channelling funds into UK companies and expensive guesthouses while bypassing local families, small businesses and the projects themselves.

Far better (and cheaper), he says, to approach a local organisation directly, stay in family-run accommodation and buy your food in the market, then assess for yourself where money needs to be spent and make a much-appreciated donation at the end of your stay.

Approaching an organisation directly, however, requires volunteers to be especially responsible and professional. Those looking for a cheap alternative or a way to fill a spare week are likely to cause more harm than good, and flakiness can be devastating.

“I don’t think that people realise that when you think you have a volunteer who’s going to be here for two weeks, then you schedule more surgeries, or you schedule more house calls… And then when that person’s not there, your schedule just goes. I don’t think they realise how damaging it is,” explains Lisa, the founder of a veterinary practice that provides free and low-cost surgery and vaccinations to domestic animals on the jungle-clad Thai island of Koh Chang.

“What we really need are long term volunteers. Like, a month. A month to three months. Because what happens when you have people coming for two weeks is that you put all this time into training them and then – poof – they’re gone!”

Her colleague Por, who previously worked at a similar project on the “party island” of Ko Samui, says that the process of screening and managing volunteers, hammering home their responsibilities and making sure that they didn’t turn up “too drunk or hungover to work” was so labour-intensive that it required a dedicated admin person, something that small organisations can ill afford.

Resorting to charging volunteers, however, can undermine an NGO’s work, forcing them to cater to the tastes of Western tourists, rather than implementing effective programmes to combat poverty. This is reflected in woefully low expectations, effort and input from the volunteers they charge.

“If you’ve paid to be there, it’s a holiday. You’ve purchased an experience. It’s an attraction,” says Sarah, bluntly. “If they get too hungover and don’t show up… it’s their entitlement to be there. They’re not trying to prove themselves.”

While Sokhan allows people to drop in on a casual basis (it’s “free word of mouth” advertising for his cash-strapped organisation), he doesn’t let them loose on “proper” teaching, instead using this as an opportunity to find out more about any specialist skills, such as photography or proposal-writing, that could be offered as workshops for students – or, for maximum impact, to staff.

In fact, while most advertised opportunities involve teaching or care work as well as key professions such as healthcare, engineering and construction, are often in a far position to plug urgent skills gaps. Jaime Soroa, a Spanish engineer turned long-term volunteer at the Arrupe centre in Battambang, says that his background has been put to extensive, if unexpected, use.

Established in 2000, Arrupe provides a comprehensive set of educational, social and healthcare services to the region, including residential care for disabled children and teenagers. Jaime initially joined as a project manager, helping to run outreach programs that build rural schools, recruit permanent local teachers and then follow up with weekly visits to discuss their needs.

On arrival, however, he found that the centre had embarked on another, very different project: a garment factory to provide decently paid local jobs, primarily to disabled people. Drawing on his engineering experience, Jaime helped to design the factory’s energy-efficient features and its production line, as well as training up a “very smart” young Cambodian woman as factory manager.

“You have to be very flexible, you have to adapt – it’s not like a job in an office,” he laughs.

Volunteers with other types of technical, marketing or admin backgrounds can be invaluable, too – if they’re willing to put those skills to use. While many people think of volunteering as a chance to do something practical, like build a well, to get up close to rare animals on a conservation project, or to have some fun playing with underprivileged kids, the truth is that the people who live in your chosen destination can probably fill those jobs – and to do them better. What many organizations do lack, though, is someone fluent in English (or another useful “Western” language) to proofread outreach materials, get fundraising websites up and running and help them raise money to stay afloat.

When I met Uan, who singlehandedly ran Cambodian Kids Care, on Koh Chang in 2015, he explained that his school could soon have to close – after seven years as the only source of education for the children of Cambodian migrants on the island.

After the charity that used to pay its bills went bankrupt, Uan struggled to source donors to cover the school’s 35,000 baht (£673) per month overheads. Without a proper website, marketing strategy or means of accepting online payments, he relied on individual donations made in cash or directly into the school’s bank account, making fundraising a time-consuming nightmare – especially for someone already acting as teacher, cook, caretaker, volunteer recruiter, driver and accountant.

“It’s not my job. I’m scared to ask money from people,” he told me, visibly exhausted. “If nobody helps, I have to stop [the] project this year.”

Thankfully, Cambodian Kids Care pulled through and still provides a vital service to migrant children on the island today. But the constant uncertainty, financial insecurity and employment shortages faced by many small NGOs continues – and the last thing most of them need is to devote their limited resources to training and supporting an inexperienced Westerner. On the other hand, Someone with the skills and confidence to actually take responsibility for marketing and fundraising, or simply taking charge of admin and volunteer management, could be a major asset.

For volunteers fresh out of school, this poses a problem: how do you contribute to development or training when you’re yet to get your own career off the ground? The key, says Sarah, is to ensure you’re learning long before you start helping.

“You don’t have to come out and help when you’re 18 years old. Come out and travel, be a tourist. Spend the money that you would have given to the gap year company on being a bit more generous to that tuktuk driver or that waitress,” she advises.  “Travel on your gap year. Learn about cultures. Learn about things. Learn what to expect. Keep it in your mind. Get your qualifications, get trained. Get a profession – and then come back!”

Photo by Have Fun Do Good on Unsplash